After seven years since their well-praised debut album “Wolf’s Cry“, the band is announcing a new album being recorded and expected to be finished by the end of 2022, and presenting the first single (out of three to precede this album) – “My Arms For Those Wings” – which tells the story of inner debates in a destroyed world and is escorted by intense, unsettling post-apocalyptic graphics.

Orpheus Blade have been recreating their sound and storytelling to step off the biting edge of the prog-metal genre, and is now offering a modern tune featuring raw guitars, both harsh and clean vocals, technical riffs and carefully written lyrics.

“You know the ingredients, but it still tastes new to the palate”.

Orpheus Blade started as a studio project led by the main writer and versatile vocalist Adi Bitran, and has been gathering positive feedback from all over the world since. Their first album “Wolf’s Cry” – that was released through Pitch Black Records and featured German vocalist Henning Basse – was selected as one of the best albums of the year in various magazines.

What started years back at the studio has morphed into a fully functioning band which is known for its theatrics, showmanship and dialog with the crowd, sending them to an emotional unforgettable journey, striving to redefine the borders between artist and listener, and give a “twist” to the expected metal act, both musically and visually:

a paraphrase on the whole genre, done a bit differently than one would expect.

The band has a loyal local crowd and shared stages with numerous local bands, and also main supported Cage and Leave’s Eyes during their Israeli tour.

“[It’s] the feeling of an artistic band that gives the middle finger to consensus”. 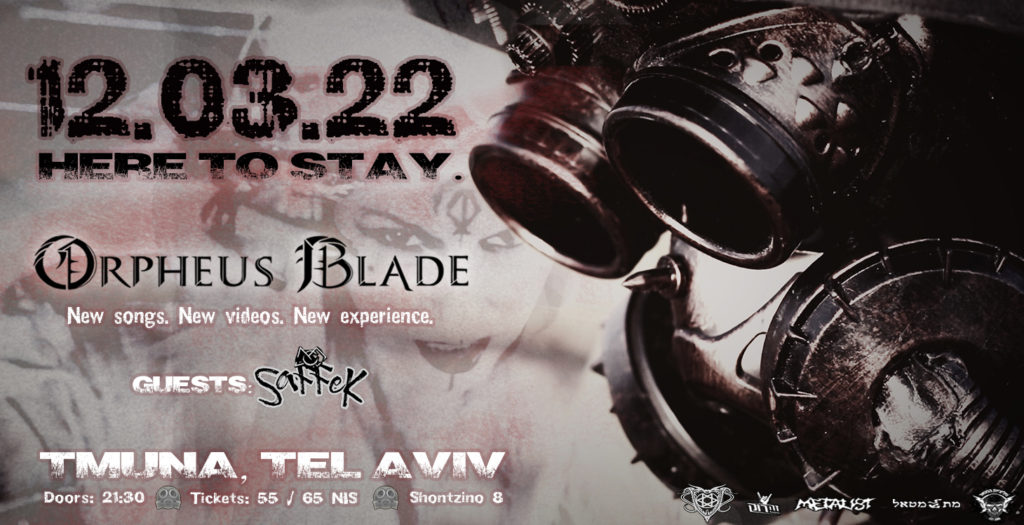 Celebrating new songs and music videos from the upcoming album in a special show in Tmuna theater, Tel Aviv.